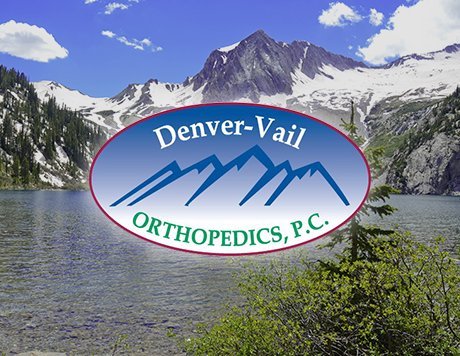 The expertly trained physicians at Denver-Vail Orthopedics, P.C. are leading orthopedics practicing in Denver, Colorado and Parker, Colorado. Our surgeons specialize in a variety of general orthopedic procedures including: minimally invasive spine surgery, artificial disc replacement, shoulder and knee arthroscopy, total joint replacement and reconstruction, sports medicine, and surgery of the elbow, hand, foot, ankle, and spine. Two physicians specialize in physical medicine and rehabilitation, EMG’s, spinal injections, and non-surgical treatment of the neck and back.

Denver-Vail Orthopedics, P.C. is a leading orthopedics practice in Denver, Colorado and Parker, Colorado. Since its inception, Denver-Vail Orthopedics, P.C. has been an integral piece of local history since after World War II when Doctors Harry Hughes, Irv Hendryson, and Elmer Franz opened their doors on January 2, 1949. When the origins of their practice began, there were only 11 orthopedic surgeons in the state of Colorado. The small practice grew and in the early 1980’s, the surgeons began seeing patients in the Vail area on weekends and Denver-Vail Orthopedics was officially born. Soon Vail required full-time surgeons to care for its sports-minded population. Two of the surgeons relocated to Vail and started their own practice. Dr. Hendryson left Colorado and eventually became the president of the American Medical Association.

By expanding the size and scope of their practice through the years, the physicians of Denver-Vail Orthopedics, P.C. have been able to better serve the increasing population of the Denver metropolitan area, provide the sub-specialization in the surgical arena, and keep pace with changes in the healthcare industry. Today, there are twelve Denver-Vail physicians who can meet your Orthopedic needs.

Please contact us for any questions or to confirm if we accept your insurance.

Sorry there was an error processing your request. Please try again.

Please enter you email address below to opt-out of the requested email list.
You have successfully opted out.